ARTIST STATEMENT:
Every morning I wake up feeling grateful to be alive, to have the opportunity and energy to continue my search for the essence of my visions. Though my work, in most cases, does not have literal identifiable subject matter, I create with many concepts and subjects in my mind. Doing my art is intuitive. I do it everyday and like breathing, it is a necessity. My work is traditional mixed-media abstract painting. I am not analytical and critical, but emotional and spiritual. My multi-layered techniques are actions that translate my introspection, emotions, spirituality, and memories into tangible objects. Since early childhood, my art has expressed existential, spiritual ideas (origins, heritage, rebirth, power of spirit. My art comes from my heart 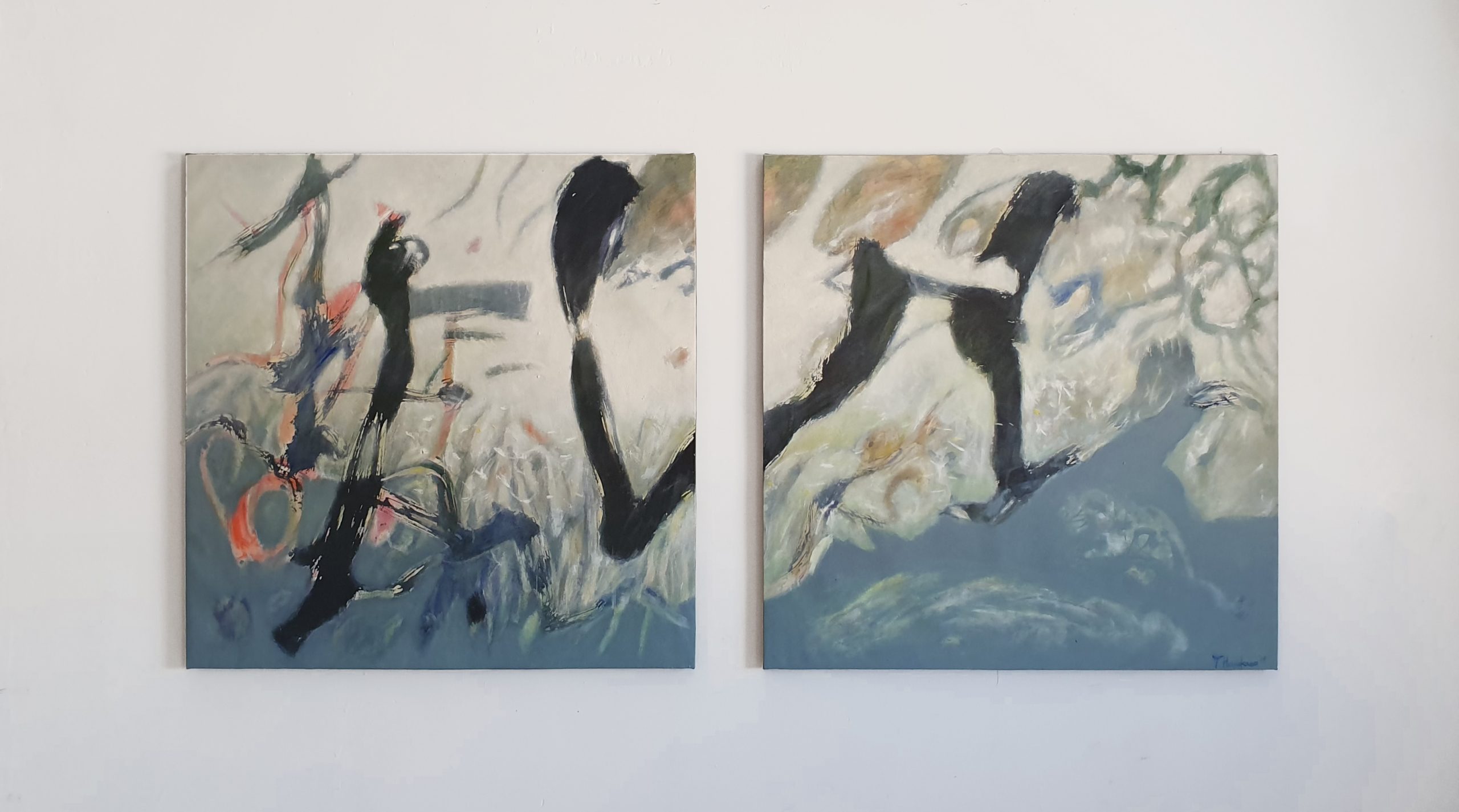 Here is the path and life-altering events that lead Tadashi to this dream and to where he is today:
• 1941: Born, Tokyo, Japan, studied as a young child with prominent contemporary artist/teacher Toshiyuki Tonaka,
• 1961: Came to U.S.A. as a foreign student
• 1964: AA, Los Angeles City College, studied and influenced by artist/teacher Nina George
• 1965-67: marriage to poet Gina Valdez and birth of daughter Rosalia
• 1969: MFA, Otis Art Institute
• 1971: Became U.S. citizen
• 1973: Became Art Director of Multi-Graphics
• 1979: Opened Tandon Graphic, Inc. as an owner and manager this commercial graphics company dominated his life for many years
• 1992: at age 50, Tadashi felt something missing in his life spiritually. So he returned to fine art, dedicating himself completely to exploring the transcendent concepts of being human. Since then he have been in 28 solo exhibitions and group shows in the U.S.A, Japan, Korea, Mexico, and Thailand.
• 2003: Tadashi moved to his current home in Parker Colorado where he eventually began facilitating (very affordable) artist workshops as a way to pay forward the good fortune and support he has received.
• 2004: Mr. Cal Turner, Jr., CEO of Dollar General stores, found Tadashi’s art at a gallery and became his patron, spiritual mentor, and beloved friend.
• 2006: Tadashi has a premonition about his death. Since that time death has fueled his work with a heightened sense of gratitude for his life.
• 2011: Tadashi does his first “Art for Everyone” exhibition which has become a special tradition for making his art accessible, financially, to art lovers with limited budget considerations
• 2017: Invited to by Mr. Atushi Ogino, President of Za Stone Gallery, to have a solo exhibition in Tokyo, Japan.
• 2019” Tadashi’s “Core of Life” Solo Exhibition, in Santa Monica, CA sold out with his work being accepted into 6 art museums around the world. This body of work included a painting titled “I’m Still Alive”. Ironically, Tadashi had planned for his 2020 body of work and (unfortunately) canceled exhibitions to express his “I’m Still Alive” gratitude for his life, which is now even more strangely relevant given the COVID 19 threat to all human life.
Tadashi says “all of these life-altering experiences have taught me the importance of sincerity, humility, and imagination and have made me a person and artist with integrity.” Tadashi’s art can be found in private collections throughout the world and in the collections of these art museums:CEART, Ensenada, Mexico; Building Bridges Art Exchange, Los Angeles, CA; Arte al Limite, Santiago, Chile; Museo de Arte Abstracto Manuel Felguerez, Zacatecas, Mexico; Vimercate Museum (Rossi Foundation), Italy, and Zapadores & La Neomudjar Museum, Madrid, Spain; MUSA Museum, Guadalajara, Mexico. Tadashi still paints every day.