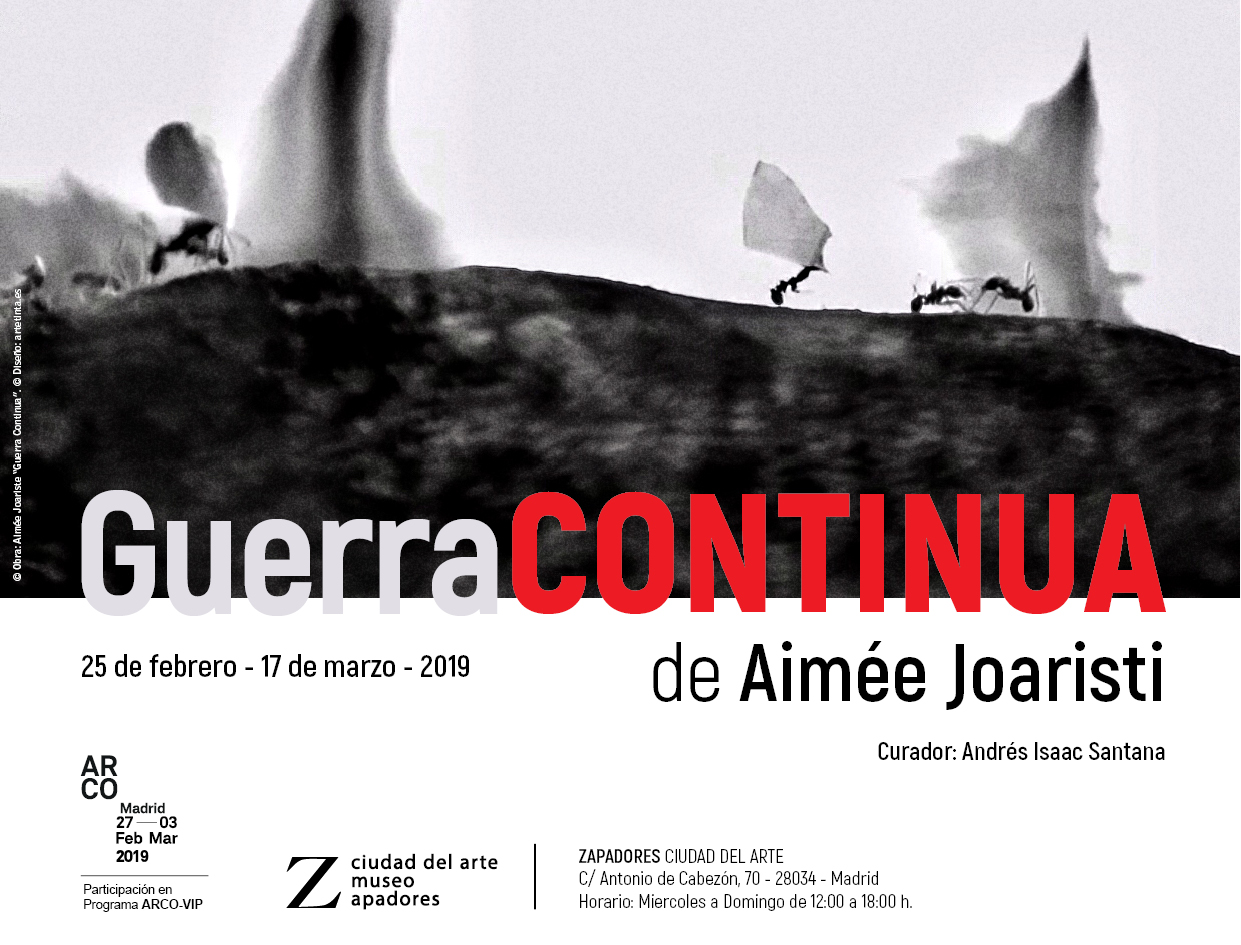 GuerraCONTINUA is the certification of a defeat, speaking of humankind’s profound incapacity to live in peace. Its staging features a powerful video installation, with a stress on painting, by the Cuba-born artist residing in Costa Rica Aimée Joaristi. It is a work that alludes to the complex and arbitrary dynamics of social relations in a cultural context dominated by the syndrome of schizophrenia, permanent war, moral decline, and monotony, as expressions of a robotic model of behaviour. We live besieged by a predatory impulse towards conquest and possession, from their most basic expressions to the most Dantesque and exorbitant lucubrations. Contemporary man, supposedly civilised and less barbarous, scarcely limits himself to being coherent in the face of his own thirst. His psychological terrorism transmutes into a source of infinite pathologies, as his need for property, possession, control and revenge leads, de facto, to the madness of war, a weapon hurled by both sides. War, defined as the “prolonged armed struggle between two or more nations during which various battles take place”, has ceased to be just this, becoming one of the most sordid and profitable businesses of the “civilising model”. It represents, without a doubt, the perpetuation of the major economic powers’ commercial and competitive economic policies. Because it is through war and certain policies in relation to armaments that the most powerful states have imposed their domination. The arms industry has always been closely linked to the state, which is not an impartial arbiter or representative of collective interest, but rather a political institution beholden to the class structure of society, essentially representing the power of the ruling class. The hypocrisy of this world lies, among other great lies, in the creation and consolidation of massive fortunes through the arms industry, a key sector for the economies of many western countries that enjoys the support of their respective states. This work, in its discursive dimension, speaks to the death of all promises. There is no longer any promised land. TOMORROWLAND is just another mirage, among many others.